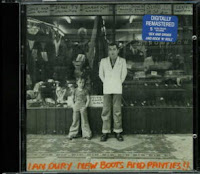 Welcome to the land of the vajazzle. The stars of The Only Way is Essex might be stripping and flaunting their boob work in the pages of Now, OK and Heat, but the real star of the show is the language.

The vajazzle (crystals encrusted in the bikini line) is the most memorable addition to the English language as is the male version, a pejazzle. While “eyebrow technician” Amy sounds like she should be emerging from Thunderbirds’ Pod 4 to tackle the Hood’s Liam Gallagher-style monobrow.

From my own upbringing in Brentwood, where TOWIE is set, I recall such phrases as “well out of order”, referring to a perceived injustice and “the ‘ump”, aka the hump, referring to someone being annoyed.

However, a new mangling of the dialect emerged with a jealous Kirk asking Amy “Are you mugging me off?”, meaning are you treating me as a mug by chatting to other geezers.

Camp Harry has cornered the glottal-stop free “Shu’ up!" and Amy, who isn’t sure where north London is, loves “Oh my gawd!” and “Obviously!’, obviously.

While in the form of Mark Wright Carry On meets the possible son of Ian Dury in the form of phrases such as “you doughnut!”, “rotters” and the Essex greeting of “Oi! Oi!”,