Is Essex Man still a Thatcherite?

My book The Joy of Essex gets a mention in this BBC article on whether Essex Man is changing his Thatcherite image. Certainly the image of Essex Man has become a bit cuddlier and more emotionally aware than in the 1990 Sunday Telegraph profile where he was described as "Maggie's mauler."

The BBC's Jodie Smith talks to Alex Otaka, a graduate in Billericay who works in insurance and is leaning towards Labour after voting Lib-Dem last time. Of Polish descent, he's more concerned about the closure of Billericay police station than immigration. Paul Whiteley, a professor of government at the University of Essex, also has some interesting points to make about the county's political image.

And all this on the same day that it emerges another stereotypical Essex Man, Joey Essex, is veering towards the Lib-Dems. He's just interviewed Nick Clegg, and after learning that it's not 'Nick Leg' or the 'Liberal Democats', he describes him as "quite an honest person" and manages to get a confession from Clegg that he's not going to win the election. Essex also advocates voting, unlike another Essex icon, Russell Brand. Question Time surely beckons for Joey…
Posted by Pete May at 05:06 No comments: 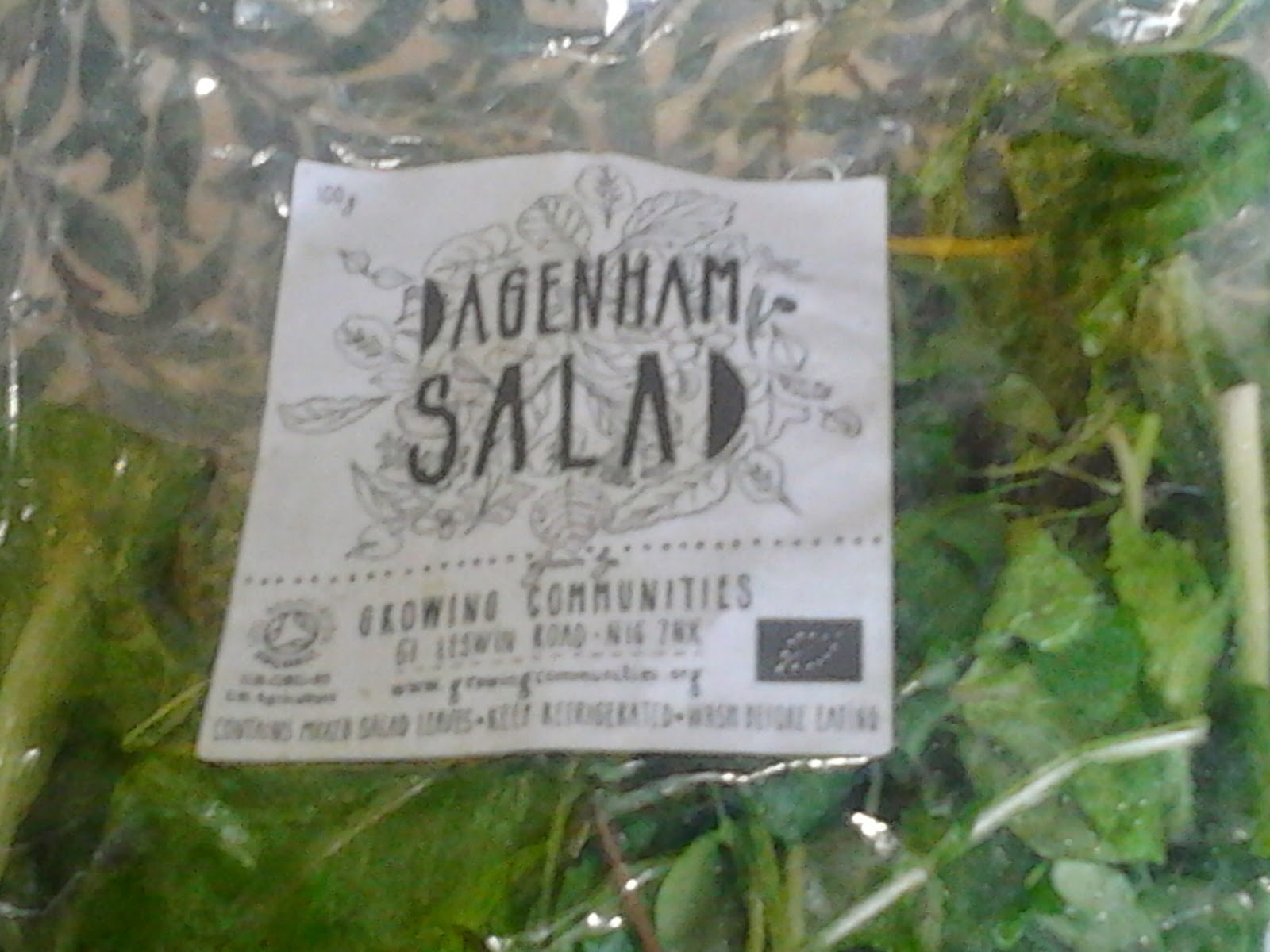 A lot of things might be associated with Dagenham: Ford Motors, Sandie Shaw, Dudley Moore, Sir Alf Ramsey, Terry Venables, Jimmy Greaves, John Terry, the film Made in Dagenham and the song Dagenham Dave by the Stranglers. But salad? Yes, the Stoke Newington-based organic vegetable box scheme Growing Communities now has a farm on an ex-council nursery site in Dagenham, complete with a full-time grower, and is  offering the finest Dagenham Salad in its bags. This should put a rocket leaf under the notion that Essex's signature dish is chips. Could be the biggest boost for the county's cuisine since Jamie Oliver. Dagenham — it's the new centre for Essex foodies.
Posted by Pete May at 08:53 1 comment:

Nice piece on the Family Values of Leigh-on-Sea's Phill Jupitus in the Family section of Saturday's Guardian. Phill talks movingly about being brought up by his mum Dot in Stanford-le-Hope and on not knowing his late biological father. Plus some wise words on how he sees parenting being about being "a safety net". Jupitus is currently appearing in Mel Brooks' musical The Producers, touring in the UK. For more of his thoughts on Essex there's a whole chapter on him in my book The Joy of Essex, where we discuss the joys of Two Tree Island, the cafes of Southend's Arches, Canvey Island and the view from his home across the Thames Estuary.
Posted by Pete May at 03:16 No comments: