Looking Back at Wilko

Went to the launch of Wilko Johnson's excellent new biography Looking Back at Me (Cadiz Music) at Rough Trade East last night, where Wilko played a great set and then signed 200 copies of his book. Written with Zoe Howe, Looking Back At Me is expensive at £25, but is brilliantly designed. It's a coffee-table book with full-page photos, pull-out quotes, old school reports (“A self-styled, yet probably genuine revolutionary”) and thoughts from Wilko on everything from the Canvey Island floods to the hippy trail in Afghanistan, science fiction, art, guns, aliens, the Moon and how to build your own rooftop observatory in Southend. A great read. Wilko does it right.
Posted by Pete May at 06:04 No comments:

Email ThisBlogThis!Share to TwitterShare to FacebookShare to Pinterest
Labels: Essex, May, Wilko 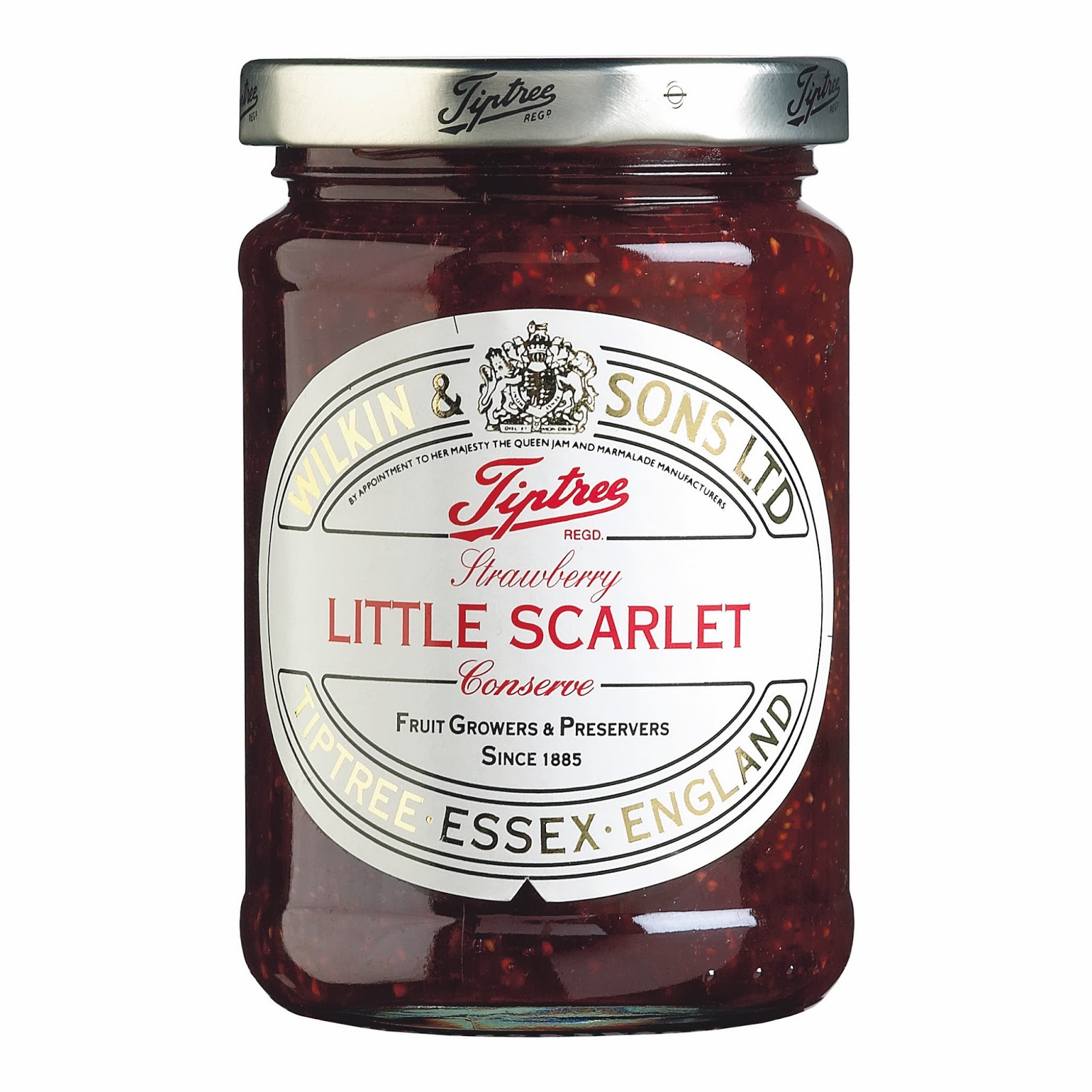 Thanks to everyone at Wilkin & Sons for a great tour of the Tiptree jam-making factory, the details of which will appear in my forthcoming book The Joy of Essex. Your man got to wear a white hairnet and coat just like they did on The Apprentice. The abiding memory is of steam and sugar in the air, pools of water, oranges and strawberries everywhere and conveyor belts of lovely orange marmalade heading for Saudi Arabia, Australia, Italy, and numerous other unexpected places. Should Essex ever declare independence then Tiptree could provide its main industry, along with that tractor plant in Basildon that Cameron and Clegg went to. The Queen visited Tiptree in 2010 to celebrate 125 years of jam-making and Tiptree jam has even received a mention in Kerrang! magazine as the Chemical Brothers are big fans. My family were very impressed with the samples I took home, including the excellent Lemon Curd, Marmalade with Malt Whisky and Strawberry and Loganberry jams and of course the Tiptree tea-towel. Worth visiting the museum and tea-rooms on site for a very English experience from a proper family company. And look out for the signature Little Scarlet strawberry jam, unique to Tiptree and James Bond's favourite conserve, which arrives in July. Clearly the future is orange (marmalade).
Posted by Pete May at 02:47 4 comments:

Essex and drugs at Wembley...

Good footballing day for Essex on Saturday. The late Ian Dury would have been very proud of this banner at the Play-off Final between West Ham and Blackpool, possibly made by some Billericay Dickies and referencing Dury's Sex and Drugs And Rock 'n' Roll single. Oi! Oi! While in the Champions League Final God's own county even received a mention. As Frank Lampard and John Terry went up to receive the trophy Clive Tyldesley commented that they were both "men of Essex".
Posted by Pete May at 08:11 No comments:

Email ThisBlogThis!Share to TwitterShare to FacebookShare to Pinterest
Labels: Essex, May, sex and drugs

The only way to win is Essex 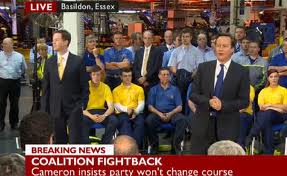 No wonder the spin doctors chose aspirational Essex - no hack can resist an Essex pun. David Cameron and Nick Clegg's visit to the Fiat-owned New Holland tractor factory in Basildon and Ed Miliband's trip to Harlow guaranteed lots of easy headlines. The Independent's editorial ran "The Only Way Isn't Essex, Prime Minister", while the paper's Andy McSmith revealed that house prices had gone up three times faster than incomes in Essex and that youth unemployment in the county was soaring too. The Sun went with "the only way to win is Essex." On the BBC News Nick Robinson revealed that in Harlow Ed Miliband felt the Tories had "lost touch with Essex Man".

While in the Guardian it was "The only way is Essex as party leaders go in search of aspirational voters." The Guardian's Michael White compared the Basildon Q and A session in front of blue and yellow shirted geezers to "the Soviet-era of heroic five-year tractor plans". White contrasted the setting to of the Rose Garden tryst two years ago. "Where better to shake off the taint of matrimonial metaphor and renew their alliance on a more business like footing than in Basildon? No-one goes on honeymoon in Basildon. Southend perhaps, but not to the '60s new town, home patch of the legendary reality TV show The Only Way Is Essex. So Essex it was yesterday." Which is a little unfair, as you can get a room at the Premier Inn at the Festival Leisure Park for just £19 and then visit Bas Vegas. Where better to rekindle Dave and Nick's bromance?
Posted by Pete May at 05:53 No comments:

Today there's a veritable Esex-fest in politics: Ed Miliband is answering questions in Harlow and later Cameron and Clegg are taking Q and As in a a factory somewhere in Essex. It's interesting to see the pundits so excited about Labour winning the key seats of Thurrock and Harlow in the local elections. Just as Basildon was a barometer of success for Thatcher and then Blair, so these Essex marginals are a sign that Ed Miliband might be on his way to Number Ten. When Essex votes, the rest of the country follows.

David Cameron should start memorising the price of a pint of milk in Grays if he wishes to cling to power and there are some signs that he's mugging up on Essex. The PM mentioned Towie in Parliament in April. When Conservative MP Robert Halfon boasted about business growth in his consituency of Harlow, the Prime Minister commented that Halfon’s point could be summed up as: “The only way is Essex!" The Sun immediately interviewed Amy Childs, who commented: “I've always been proud of Essex and hearing David Cameron talk about Harlow being helped by the Towie effect is mental!"

Not sure if Miliband, Cameron and Clegg will win over Joey Essex from Towie though, as when quizzed by Lucy on who the Prime Minister was, he famously answered "What, the Prime Minister of Essex?"
Posted by Pete May at 02:36 3 comments:

Email ThisBlogThis!Share to TwitterShare to FacebookShare to Pinterest
Labels: election, Essex, May

Thank you for the tanning opportunity, Lord Sugar

Something of an Essex-fest on this week's episode of The Apprentice. The teams had to go to a cash and carry and buy £150-worth of goods to sell at a destination of their choice in what Lord Sugar described as "my old manor of Essex". The sides appeared heavily influenced by Towie-sterotypes. Strangely they eschewed bound sets of Milan Kundera novels and opted for the fake spray-tan. Nick was impressed by the choice of Romford as a venue: "There are 70 per cent women here and 70 per cent of them are from Essex," he enthused about the likely tan sales. The other side chose Ilford and Pitsea to flog their gear.

"Ricky was very vocal that Essex likes a tan," commented Nick in the boardroom. "You're not giving Essex a great name you lot!" suggested Lord Sugar, after being presented with an Essex kit of fake tan and nail wraps. When the other team added false eyelashes, Lord Sugar suggested "they're having a good day in Essex."

What was most surprising was that you could buy a bottle of fake tan for £2 and sell it for £10 in the Romford shopping mall. Will the final see the contestants flogging rival vajazzle packages in Westfield?
Posted by Pete May at 02:15 No comments: