Enjoyed watching Educating Joey Essex where the former Towie star was in Patagonia on an "Essex-pedition." Now it's quite possible that Joey secretly has an Oxbridge degree, but assuming his lack of general knowledge is genuine, it's surprising what a good travel show presenter he makes. Essex knows so little about everything, that upon finding out a kernel of knowledge his enthusiasm is utterly infectious. The show began with a trip to Billingsgate where Joey mugged up on Patagonian fish with his Uncle, who declared knowingly: "Salmon is the Essex bird of fish, while the Bermondsey bird is more of a trout."

Some of the more memorable moments included Joey asking if a glacier was a woman, his thinking that penguins' beaks are made of wood and his wilderness instructor Lolo saying, "If I left him out here alone he'd survive for about an hour, he'd be eaten by a penguin or something." Equally amusing was Joey's bemusement that there are places in the world where there is no mobile single, his terror at diving into icy water where he might be eaten by a sea lion and the Chileans' utter bafflement that this man is a TV star in England. Also rather enjoyed the listing of all exotic destinations by their distance from Chigwell. Michael Palin look out.
Posted by Pete May at 12:07 No comments:

Russell Brand and the People's Front of Judea 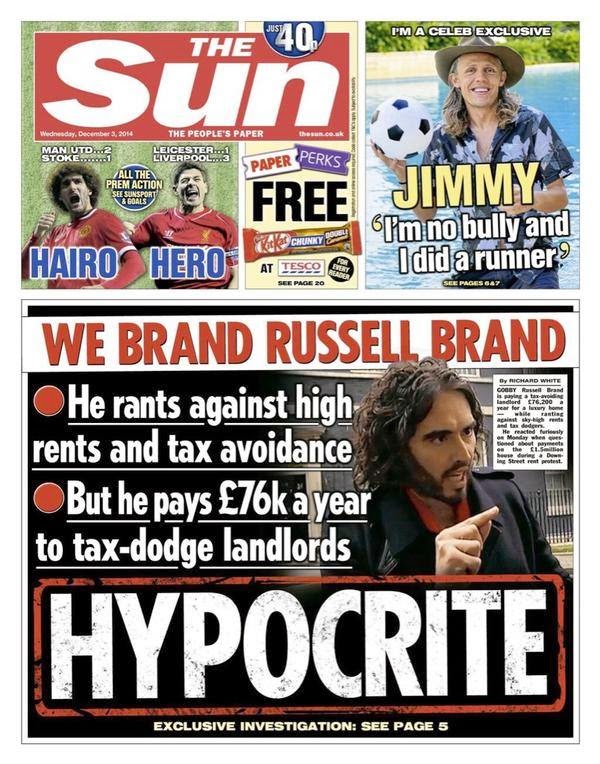 Grays' most famous son Russell Brand has been getting a bit of grief from the Sun for supporting the New Era estate tenants, under threat of being priced out of their homes, while paying £76k a year to a dodgy landlord himself. #TheSunLogic has now gone viral with lots of people pointing out that it's hardly fair to attack him for supporting a campaign against profiteering, tax-dodging landlords because he pays rent to some of them himself. As he points out on The Trews, he simply pays his rent to an estate agent ("it's not Rigsby!") and has no idea about his landlord's tax practices. And it's surely not wise for the Sun to take on an Essex Man armed with his native wit and well-capable of satirising Rupert Murdoch. As Brand says: "The Sun must have massive resources and what they've come up with is 'his landlord don't pay tax': It's like that bit in Life of Brian when the Roman Garrison goes into the People's Front of Judea's flat and comes out with one spoon!"
Posted by Pete May at 08:22 No comments: